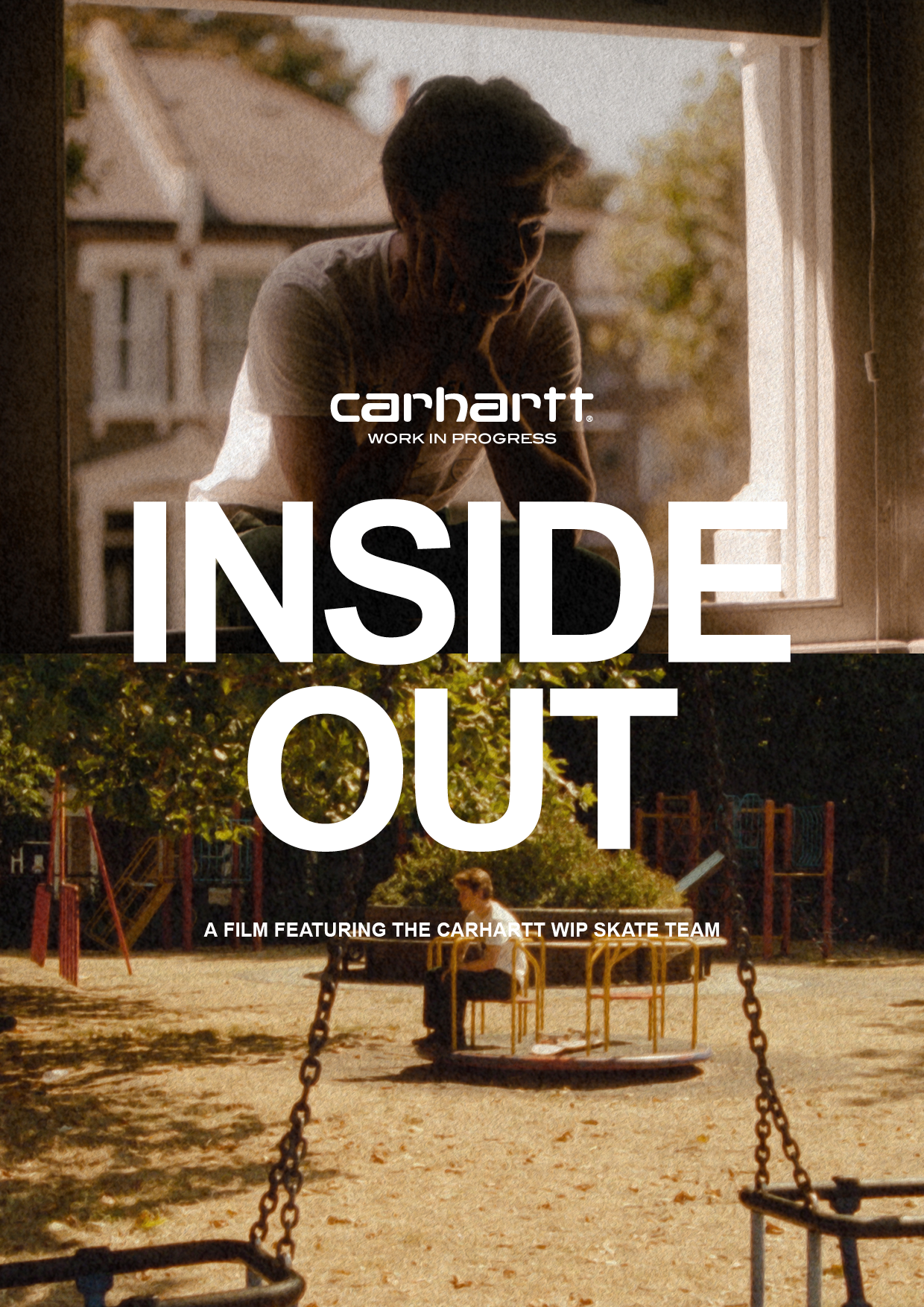 They are brief, delivered often as silent vignettes – alone, in a bedroom; at a playpark with neighboring families – or as murmured, unrehearsed lines that offer momentary reflection or encouragement in the midst of a skate session.

This quality is likely what will hold the greatest intrigue to the casual viewer, giving glimpses into the mindsets and everyday realities of its cast.

Indeed, the title INSIDE OUT is a subtle nod to this dynamic of spectator and participant, as the film attempts the feeling of both, immersing the viewer in the lives of a skate team garnered from cities across Europe.

Very quickly, however, you are reminded of the occasional benefit of being a mere spectator. Single scenes afford you moments to wince, laugh, and gawp in quick succession. There is no shortage of bravery, grit, or absurdity on display. Occasionally, when these qualities come together all at once, the result is one of pure effortlessness.

Shot across four cities – Madrid, Milan, London, and Paris – the film’s director Joaquim Bayle and cinematographer Angelo Marques lend scenes a cinematic quality, eschewing the dominant lo-fi aesthetic of skate videos in recent years. Instead, there is a warmth and texture to INSIDE OUT, with each respective city allowed to flaunt its own respective color and identity. With a running time of just under 29 minutes, INSIDE OUT is a film that speaks to its core audience, with no lack of impressive skate parts, captured by renowned filmer Romain Batard, while also reexamining just how a skate video can look or feel. In doing so, even those with a passing interest are able to feel, just for a moment, like they’re on the inside looking out.

INSIDE OUT will premier in movie theatres throughout January in cities such as NYC, LA, Madrid, Brussels, Milan, Paris, Berlin, Stockholm, Copenhagen, Malmø and Shanghai.

CHECK YOUR LOCAL skateshop if the film is showed in your CITY !!