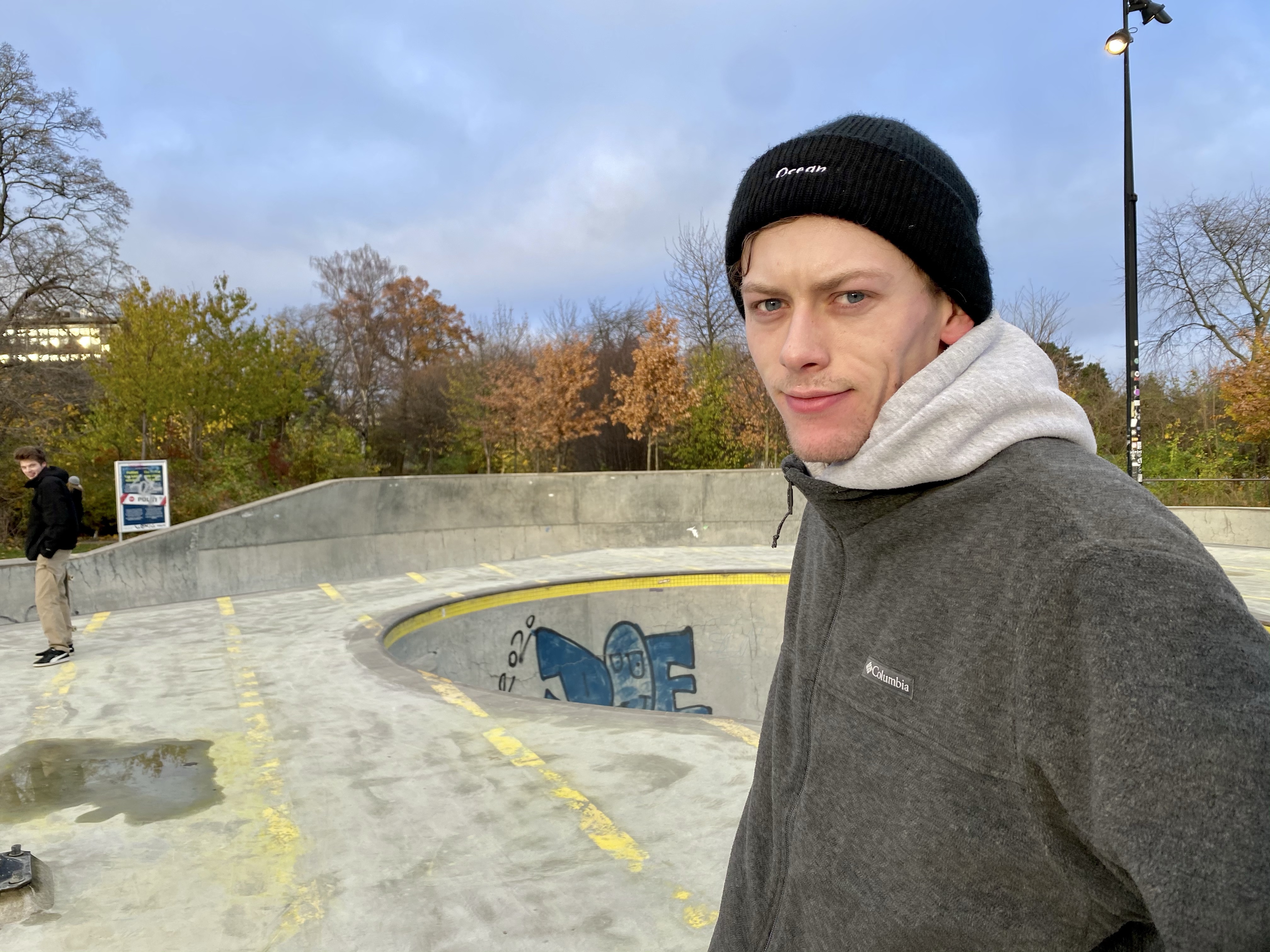 I moved to Copenhagen a little over three months ago. I’m from a little town in south Denmark called Sønderborg, where I have been living all my life.

Tell us about your board, size, why you like your board

My board is is pretty standard I think. The board i ride is 8.5, i just stepped up when I came to Copenhagen and its feels pretty good, more space to land on haha. Then I ride 149 trucks , 52mm wheels and just whatever bearings. I like my grip to be sticky, the second session it feels the best.

I would love to learn to skate vert, but I have been skating street for the most of my life. My friends is getting me to skate a lot more bowls and just quarterpipes in general, so I guess I skate whatever is in front of me.

I’m working and taking care of young kids for now, trying to save up all that I can under this corona phandemic, so I can go travel again haha. I’m the chairman of Sønderborg Skatehal where I try to help as much as I can.

Who got you into skateboarding ?

A friend that I used to play soccer with, once showed me the indoor skatepark in our town, and after that I kind of moved in. After a month I got my first board.

What and who is your first skateboarding memorys ?

I had a skateboard when i was maybe something 7-8 years old from the toy shop, but could only roll on it a little, and was not really skating before i was 13 years old. At the school club they had a playstation where we played Tony Hawk so he was the first skater I heard of.

How many hours do you skateboard per week ?

Around 8-10 hours I try to, but in the winter it\’s sometimes harder to get out. Also now with all the skateparks shutting down, it’s gonna be a lot of sessions in the parkinglot.

Do you have fun story about a old skatefriend ?

There is many haha. One time me and my good friend Christian was on a roadtrip in Australia and we had been driving for 2-3 hours out in literally nowhere and finally we came to this camping side. i was putting up our tent and Christian was going for the bathroom, then he came back and had meet some dudes that invited us over and it turns out to be 10 other skaters that was celebrating one of the homies birthday and we ended up partying with them all night long. That was a really random thing that we often has been talking about, how this small random discussion can let to the funnest experience.

Its been up and down, isolating for 14 days after been in spain was like going from 100 to 0. The summer was really nice going skating almost everyday, and then moving to Copenhagen has been a dream of mine for long time so it was nice to finally take the move.

Who is your fav skateboarder ?

Ishod Wair has always been one of them since

Who do you skate with on daily basis ?

Are you gettting some dope skate sessions in ?

Hell ye, been hyped on living in copehagen, the scenen is so big and anywhere i have been going its been good vibes i feel.

What is your to go to trick ?

Tre flip i would say. It just feels good to do.

I plan to skate as much as possible, but hopefully also find something that I would like to study. It seems hard to plan anything now, so I guess a just take one day at a time. Let\’s see, I would love to travel a bit again.

How are you handing the corona virus ?

Been annoying not having to be able to be at bigger gatherings and travel, but otherwise moving to Copenhagen has helped not think too much, because so much has been going on.

Do you think the world will be better after the corona virus ?

Good question. I hope so, but who knows.

How is your day looking at the moment ?

My day has been chill all day, the legs has been sore from sessions earlier this week.

Wanna tell us about your dope local skatespot ?

Now that I moved to Copenhagen, Red square is around the corner, but there is so many, i havent really got one yet.

Do you have any secret hobbies ?

My friends has got me into fishing a little, but otherwise i do not really have any other hobbies. Watching skate videos if thats a hobby.

Any special plans for the future ?

Wanna get an education but otherwise just keep skating and traveling.

Do we know you for the better now ?

Better than before haha. 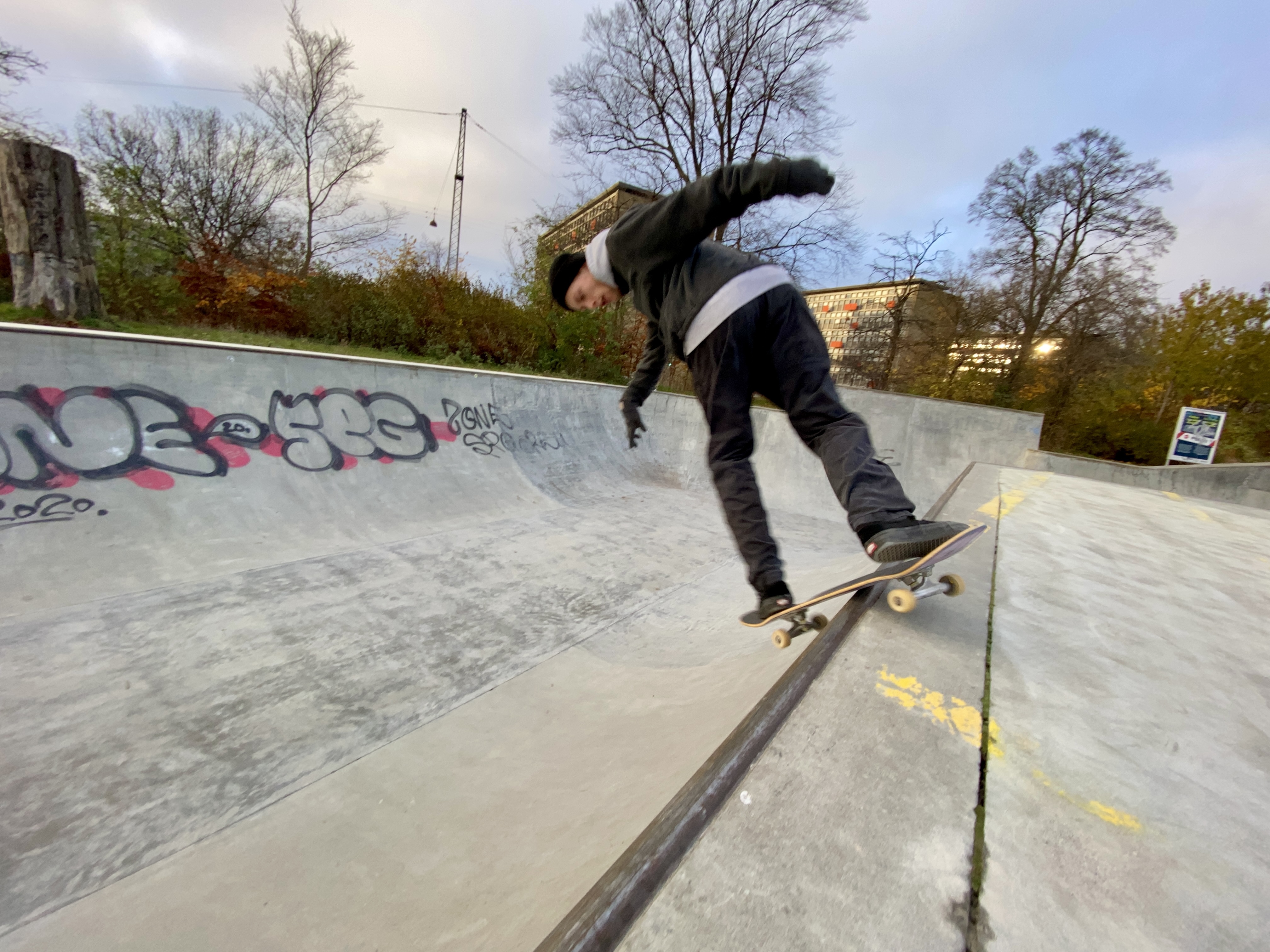